By CDCJuly 24, 2022Breaking News
No Comments

There’s continued good news with our military project… and we’re starting to prepare for conversations over the next couple of months with organizations within chiropractic to really start piecing things together. Today I’m going to be sharing that information with you. So good morning, American chiropractors. My name is Bharon Hoag. I am the Executive Director of The Chiropractic Defense Council coming to you today, Monday, July 25th, 2022 for your weekly update. I had another call with our lobbyist today and it sounds like Senator Blackburn, who is our primary sponsor for our language within the NDAA, is still a hundred percent on board. We also have pretty much every member of the armed services in the Senate on board with this proposal for the pilot. So we’re excited about that. We’re still getting good news. We know that the NDAA did just pass the House.

Our language was not in the House. Most of the work gets done in the Senate for the NDAA, and the House starts it. The Senate then really does what they want to do with it. And it goes back to the House for approval. That’s a normal process. I know a couple of you reached out wanting to see the specific language as soon as it gets added on the Senate side. We’ll be sure to let people know where it’s at and where they can see it. But it’s just now getting to the Senate, but we did add confirmation again today that Senator Blackburn is going to be putting that in. And we’re continuing to get more support from that committee. Other states are jumping on board. It’s been fun to finally see a little bit of excitement as it relates to looking serious about getting chiropractic into the military more appropriately.

Again, good news there as we continue to push that forward over the next coming weeks, I’m going to be meeting with some of the leaders of these organizations, CCE, NBCE, and FCLB. I know there’s been a lot of rhetoric. Some of you guys have communicated with me about some of the issues within NBCE. I just don’t believe everything that I read. I know some of these people, as I have told you from the beginning that things are not functioning the way they should within the profession. And we need to lean things up and make it work so that we can move forward as one unit and that’s just not happening yet. I am excited that I’ll be able to sit down with some of these individuals over the next coming weeks to have conversations.

We’re getting our information. We’re making sure that we’re prepared to have a good productive conversation, not an attack. That’s what we love to do in our profession. We love to throw daggers or to be keyboard cowboys and throw things on the internet, but not have an adult conversation and sit down with these individuals. So in the middle of August, I’ll be sitting down with many of them. I hope to have information for you guys about those conversations, as they need to be had, as they’re going to be had, and praying to God, we will allow everybody else to be receptive to the conversation we’re trying to have.

Remember the goal is to prevent a civil war so we can have a revolutionary war within healthcare. Now is the time we have to find that commonality to come together. And we believe that commonality is protecting the rights of practicing chiropractors and making sure that people are held accountable, and making sure that we’re moving this profession forward, that all organizations have a very similar objective and that’s to make chiropractic the number one healthcare choice in the world. I love the work that’s being done within the strategic plan. And I’m monitoring that and talking to the heads of a number of those different committees. And I think they’re going about that the right way, but now it’s time that we get everyone to start playing fair together. We have a theme that’s driven the success of each individual business, which is happening now. That’s human nature. It’s not the fault of any individual. It’s just, that’s what happens when you don’t have a cohesive nature.

Everyone is just looking out for themselves. Now it’s time that we look out for the profession and that’s the conversation we’re forcing to happen. We believe the time is right now with what’s going on with the strategic plan and what we’re doing within OneChiropractic and The Defense Council. We believe now the pieces are moving in the right place to have these conversations. So please if you’re a praying individual, be praying for that.

We want to get more people on board with this vision. There’s a lot that’s going to start happening here at the end of the year. And we want you to be a part of that. And as we’re monitoring all the work and doing all the stuff with the states which are trying to remove religious exemptions and all those kinds of things, we’re going to continue to do that work. But we want to start getting proactive and start moving forward and figuring out how to make sure that chiropractic is moving forward appropriately. The last thing I’ll say to you, that I talked a little bit about last week, is we’re starting to do a lot in Canada and I’m starting to get people reaching out to me here in the United States as well and we do want to give confidence to our contributors, for them to be able to stand and speak the truth about chiropractic and not be scared of their licensing boards.

That part of the work we’re going to do with FCLB is to let them know that we are going to start protecting chiropractors when they’re wrongfully accused of things. Now, if you’ve done something wrong, we’re not going to help you with that.  I kind of made that clear last week, but I think that there are a number of you who would be bolder in speaking the truth about chiropractic. If you knew you weren’t going to get harassed by your licensing board or another competitive chiropractor, just file a complaint. And then you’re worried about losing your license.

Part of being a contributor with OneChiropractic is our ability to defend you in those scenarios where you’re doing the right thing or you’re being wrongfully accused and it’s sucking resources out of your pocket, or it’s taking your focus off your clinic because you’re concerned about this board audit. We want to be that organization that helps give you that confidence. And if you’re a part of us, we’ll defend you with our attorneys that are completely trained in these particular areas. It’s a wonderful kind of co-op of The Defense Council for giving us $33 a month. You have this extra layer of protection if anyone wants to just come after you for the wrong reasons.

Please share this message with your colleagues. Again, our goal is to be at 5,000 contributors by the end of the year. And so I can’t imagine why you wouldn’t want to do this for $33 a month. It’s a pretty good protection program. We’ve got a good track record of proof that we do this kind of work, and we do it well. But we need more people to be a part of it to help us accomplish the goal. So spread the message and let people know who we are and what we’re doing. I’m also meeting with our board this coming week. I’m excited to sit down with them. We’re doing some strategic planning.

So you’re going to start seeing some new information coming from us as far as where we’re heading, what we’re doing, what the look is. And I’m excited about getting a more cohesive message for you moving forward. We have some brilliant minds on our board, very strong, successful business people who are going to make sure that we continue to take The Chiropractic Defense Council to the next level. So be in prayer for us, we’re meeting on Thursday this week, and we would sure appreciate that. As you can tell my background is a little different, I’m actually at the AMC, which has been rebranded, and I love it.

They’re now calling themselves Aligned Mentoring for Chiropractors. What a great group of people. I love a lot of groups. I’m a massive fan of max living, a huge fan of the amped pediatric experience. I’m friends with all of these people, but very happy with the work that AMC is doing and the privilege they gave me to speak to their team. So thank you, Todd. Both Todd Owen, as well as Dr. Oz and the rest of the crew, Shannon, and all you guys. Thank you so much for the privilege of being able to get in front of your people and share the message. It’s also why I don’t have much of a voice left because I spoke earlier.

We love you. Have an incredible week this week. I’ll be back to you next week, with some even better information. But we’re going to make sure that this happens. We’re going to get chiropractic into the military. We’re going to protect your right so that you can speak the truth about chiropractic, and we will be successful in making chiropractic the number one healthcare choice in the world. We love you. God, bless your week. (This is a computer-generated transcript. Please forgive any errors.) 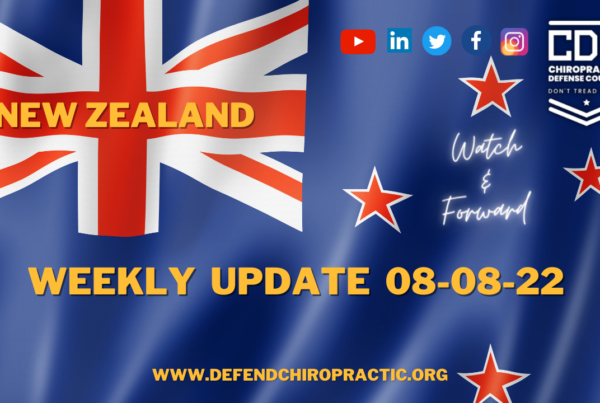 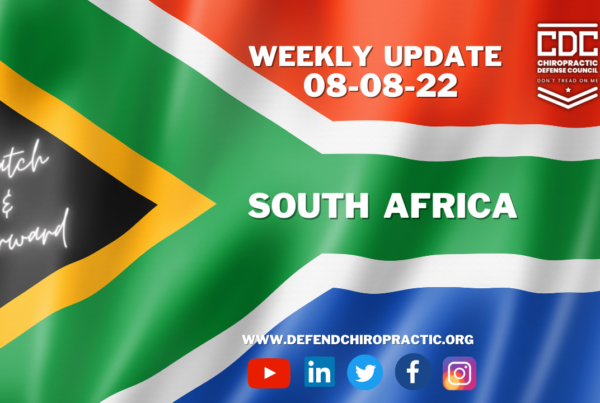 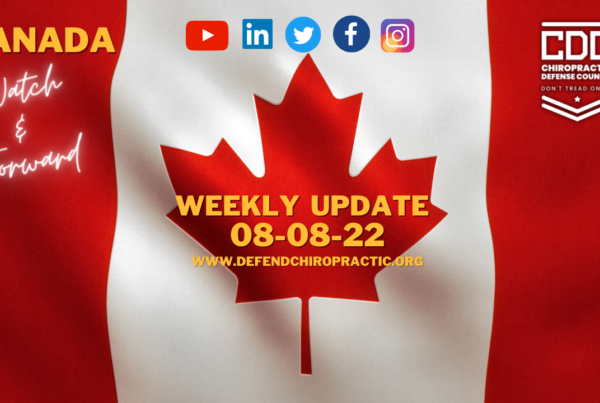