A lot of exciting things happening around the country and new conversations are starting in the United States. Lots of good information for you today. Good morning, United States Chiropractors. My name is Bharon Hoag, I am the Executive Director of the Chiropractic Defense Council coming to you today, Monday, September 12th, 2022, for your weekly update.

First of all, I hope you’re having a great week or had a great weekend, rather. Coming out of the summer, getting into our fall, people going back to school, going back to colleges. Clinics are starting to get back into the normal routine of things, and that’s always a fun time in our clinics. But I want to share with you really what’s going on around the world.

The best news I have for you today is New Zealand, we’re expecting today, as a matter of fact, we’ve been dealing with the government and they basically told us, “Well, wait until after our press conference on Monday. If you still have issues after that, let us know.” This basically tells us that they’re going to be lifting the mandates today, which is a huge relief for our New Zealand friends. We’ve been working very diligently there for the last year. And we’re excited that we’re going to have some relief there, hopefully, starting here shortly.

Those things are all very good for those countries that have been so oppressed for so long, and we have been doing just tons of work over there. We did an analysis, I think I shared this before, but over 600 cases that we’ve taken on and we’ve won, and a good chunk of those have been over in Australia and New Zealand. So we’re very proud of that work.

I need you to know, that we have a very similar thing happening right now around the world, in New Zealand and Australia, and even in Rhode Island. Before we were able to get that mandate lifted, people were practicing against the government at threat of severe fines and losing their licenses, and going to jail. So it’s still happening today, and they’re warriors that have just held on to the truth of chiropractic.

We’re excited to be a part of that, to be able to be a hedge of protection around them, and that’s the work that you guys have been allowing us to do with your contributions and your support so we appreciate that, even though it may not be in your backyard. So good things are happening around the country, around the world rather. And again, you have a lot to do with that, so we thank you for your support.

Now here in the United States, I think I’ve been sharing with you that we’ve started having people kind of come out and come at us with some cases that they have individually, that maybe they’re not getting a fair shake from their licensing boards. And so we’ve taken some guidance on those and we’re helping those providers in those cases, make sure that they’re getting the representation they need, that they’re following that process, but we’re also going to start coming up with really the best way, I don’t think most chiropractors understand the right way to handle things if a complaint is filed against you.

It’s inevitable that at some point a complaint will likely get filed against every single chiropractor. Doesn’t mean that there’s validity behind it, it just means we deal with the general public and they’re kind of crazy people. And all it takes is someone misunderstanding something or not understanding what they paid for or not liking your marketing. And if truth be told, most of the time, the complaints are filed from other chiropractors because they just don’t like the success that you’re having in your clinic.

These are all realities that happen, but there is a process where you can put yourself in a better state. So we’re actually coming up with some documents that we’re going to be giving you, that tell you the right way to handle if a complaint is filed against you. You can prevent the atrocities that we’re dealing with now with some of these individuals, where they’re trying to shut them down for two years and they haven’t been giving them a fair shake. We want to prevent those things from happening.

As we’re working with groups like FCLB, the Federation of Chiropractic Licensing Boards, trying to educate them on what we’re trying to do on the provider side so that the licensing boards have a better footing to be able to move forward. There’s just so much miscommunication in our profession, so many silos and so many people looking at things only from their perspective, which is what creates a lot of chaos.

And those are the new conversations that we’re having. I want to be very clear that the Defense Council is not an association, we’re not going out there pushing a particular agenda. What we’re doing is looking at where the issues have been for ages, almost a century. We’ve had issues with our profession operating efficiently, that’s the work that we’re doing. We’re having these conversations from a neutral perspective, not threatening, not attacking, not blaming, but forcing conversations. I don’t even really care about the past as much as I care about the future.

We have to do things better as a profession. That only happens when we’re having communication and we’re not doing it with a knife stored behind our back. We’re doing that with both hands available, reaching out to shake someone’s hand and saying, “Let’s have an adult conversation.” I believe most of the individuals that are leading our groups today are good people with good intentions.

The problem is we have what’s called groupthink. We never really communicate with anyone outside of our four walls so we start believing our own reality rather than looking at the profession the way that it actually is.

When you have a profession where we have less than 10% of the profession belongs to a single organization, that’s a problem. We need to fix that, and that’s the work that we’re trying to do. We’re an agnostic organization that is making sure we’re protecting the rights of practicing chiropractors. And that has to do with how you guys are handled on every level. From licensing boards to insurance companies, to scopes of practice, all of those types of things inhibit your right to tell the story of chiropractic.

Those are the conversations we’re having. I know there’s been some confusion about that when some of my other videos. We are going to defend those vitalistic chiropractors that want to treat subluxation. Absolutely we’re going to protect that autonomy for you to be able to do that. But we’re also going to protect those whose state scope has the ability for them to do lasers and other types of things.

If your state scope allows you to do something, we’re going to protect it. Because that’s what we do, we protect the rights of the practicing chiropractor. So I need you to understand that although we have very broad borders, our goal is to make sure that chiropractors have everything they need to be able to tell the story of chiropractic and for us to take over our rightful share of the healthcare space. Remember, the ultimate goal of OneChiropractic, which is the organization where the Chiropractic Defense Council functions, is to make chiropractic the number one healthcare choice in the world. That is what our goal is.

Hopefully, that makes more sense. We’re going to continue having these conversations, we’re going to continue to support and take on the battles of what we’re doing. A little forecasting for you here, if you’re a member of your state organization, and there are things that you guys have been wanting to get done in your state, but it’s just a little too sticky for your association to take it on, please reach out to us.

That’s another role we want to serve in the profession, is when it doesn’t make political sense for an organization to tackle an issue that needs to be tackled in your state, we want to come alongside you and support you in that effort. We’ll take the shots, we’ll take the aggression where the association maintains its political relationships, but we can still get done what needs to get done in your state. We’re not the type of organization that’s going to step on anyone’s toes, we’re not going to come into your state without your permission. But we are in a position to be able to do that kind of work with assistance from the state association.

If you sit on a board of an association or you know of things that are happening, please reach out to me. I know most of the Executive Directors across the country, but I want to make sure that’s understood about how we want to work in conjunction with other organizations.

With that said, I want you to know we love you, and we appreciate you. Chiropractic is on the rise, and we are going to carry a much bigger share of the work moving forward, and that’s in large part because you supported our organization. And I thank you for that very much. We need to continue to grow.

We want you to spread the word, we need more chiropractors being a part of what we’re doing because the stronger we are, the more work we can do. So we love you, we appreciate you. God bless your week. We’ll talk to you next Monday. God bless you. (This is a computer-generated transcript. Please excuse any errors.) 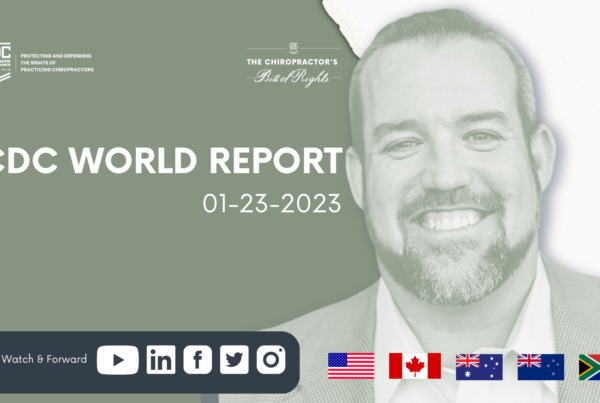 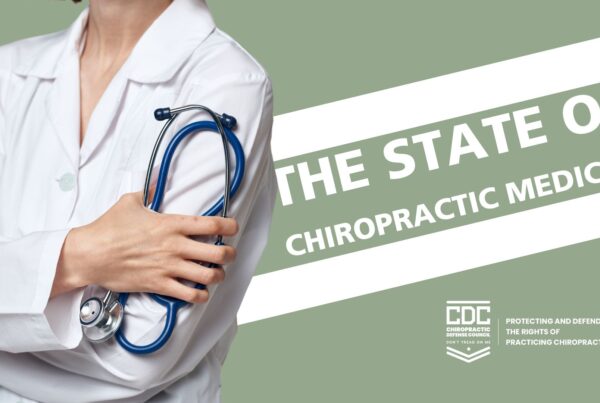 The State of Chiropractic 01/16 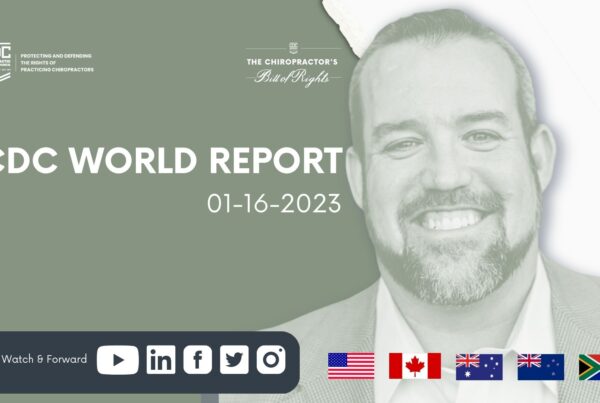